Territory is Life: Women’s Per..

Theology of Liberation: Origin and Growth in Latin...

The Historical Context of the ..

Theology of Liberation: Origin and Growth in Latin America 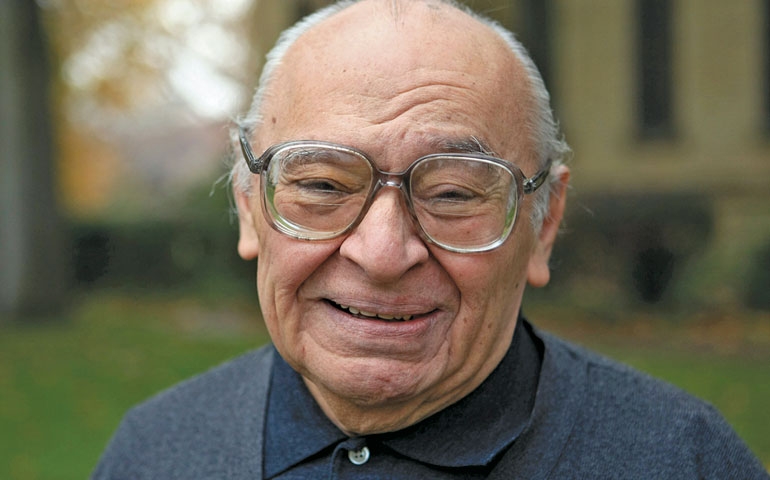 The birth of liberation theology can be found between 1966-1973 following the conclusion of the Second Vatican Council. But, to understand why, we have to go back more than a century. After the wars of independence from Portugal and Spain in the 19th century, practically all bishops and most clergy returned to Europe, leaving the Church in the hands of local communities and members of a few Religious Orders like the Dominicans and the Franciscans. These devoted most of their attention to urban centres and only visited rural areas occasionally. The people were left on their own. Around 1960, Pope John XXIII called on Europe and North America to send priests to serve in Latin America. They did so in great numbers and often took up posts in remote areas. Bishops and theologians were faced with the challenge of providing them with some orientation about how to approach their mission in these areas.

Meantime, the Second Vatican Council opened in Rome in the Fall of 1962 and concluded, after four sessions, in 1965. Over 2,000 bishops as well as many theologians attended. Its stated aim was to bring the Church into line with the challenges of the 21st century. During that period the Latin Americans present were noticeably quiet. On the other hand, they were sharp observers. While in Rome they took time to listen to European theologians and consulted with sociologists like François Houtard from Louvain. Also, Latin America was the only area of the global church organized into a central coordinating body, CELAM, under the shrewd direction of Dom Helder Camera, Archbishop of Recife, Brazil.

It needs to be said that, during the decades preceding the Council, theology was basically an exercise in defending the official doctrine of the Church, as understood by Vatican authorities. Even so, European Catholic theologians were paying attention to Protestant theologians and to their biblical research, especially in France and Germany. Protestant theology had developed new tools for the interpretation of the Bible. It had also been considerably influenced by Kantian, Hegelian and Existential philosophy.

At the Vatican, John XXII had, in 1963 and just before his death, published a document called Pacem in terris. It completely reversed the position of the Catholic Church on the question of Human Rights [1]. Until then the Church had been suspicious of human rights talk, if not entirely opposed. Suddenly, the Church was defending human rights as rooted in human dignity. Moreover, it called upon the Catholics to engage on the global scene for the defense of human rights. This caused quite a stir at the United Nations.

Following the Council, two things happened: one at the Vatican and the other in Latin America. At the Vatican Pope Paul VI published a document called Populorum progressio in which he deplored the underdevelopment of whole continents and called for a major effort to develop those societies. On the other hand, in 1968, the Latin American Bishops’ Conference (CELAM) called for a general assembly in Medellin, Colombia. The final document was a dramatic call for the Church to become involved in dealing with the major concern of the societies of Latin America: the poverty of its peoples.

These two events took place in the context of a growing ferment of theological creativity among many of Latin America’s Protestant and Catholic theologians to interpret the situation in Latin America and draw conclusions for the work of the Churches. François Houtard, mentioned above, and Pablo Freire, a Brazilian educator, proved valuable references for beginning the social analysis of Latin American societies. A number of important theologians began to emerge. In 1973, Gustavo Gutierrez, a priest from Lima, gave a talk on Liberation Theology. This was followed by a book that reverberated around the world [2]. In it he criticized European theology (including the Vatican) for interpreting the situation of Latin America as one of underdevelopment and suggested that it was rather one of oppression. Oppression calls for liberation and Gutierrez offered abundant biblical support for the importance of this cause, beginning with the story of the exodus from Egypt to the ministry of Jesus among his people. He coined a phrase that would be incorporated into the general assembly of CELAM in Puebla, Mexico in 1974: option for the poor. It meant that God has repeatedly shown a special preference for the cause of the poor.

Reaction was not slow in coming. On the one hand, liberation theology was vilified as a work of Marxist extremists, who had taken on the cause of revolution. (The fact that many of these theologians used Marxist vocabulary to analyze the social context of Latin America added fuel to the fire.) On the other hand, throughout Latin America, bishops, priests and religious women in local communities everywhere began to shape their work around the principles of this new theological analysis that largely bypassed traditional theological sources and concentrated rather on the juncture between the conclusions of the social sciences and a new understanding of biblical history.

While Church doctrine was certainly not ignored, the approach was no longer simply its repetition but rather the liberation of the poor understood in the tradition of the Bible. Moreover, this theology was practiced, not in university faculties but rather in the small base communities that characterized rural areas and whose faith had survived on its own for more than a century and a half. Rather than indoctrinating these communities, priests and bishops invited them to discover their society by examining their own experience and judging it in the light of biblical history of liberation. Rather than spending all their time studying the conclusions of European church documents, theologians in their turn began studying sociology, anthropology and political science to understand the reality of their people. With that understanding they turned to a re-interpretation of the biblical sources using the tools of modern biblical research. Carlos Mesters in Brazil provided biblical grounding; Ernesto Cardenal in Nicaragua showed how the poor could “read” their reality in the biblical stories of liberation.  All this took place with the support of Latin American bishops like Dom Helder Camera in Brazil, Samuel Ruiz in Mexico, Leonidas Proaño in Ecuador, José Dammert in Peru, Enrique Angelelli in Argentina and Manuel Larrain in Chile among many others.

American foreign policy quickly determined that liberation theology was enemy number one of American interests in Latin America and began advising Latin America governments about how to deal with it. Many ordinary people in small rural and urban communities were assassinated as were numerous priests, Religious women and quite a number of bishops, notably Oscar Romero, Archbishop of San Salvador, though many others could be named. The largest group was made up of peasants, youth and members of indigenous communities. It was the largest persecution of Christians since the time of the Roman Empire. Hundreds of thousands perished during the rule of military dictatorships in many countries of Latin America. Their witness only inspired more dedicated commitment in grassroots communities.

Meanwhile, in Africa, Asia and the Middle-East, among women and indigenous peoples around the world, among the Blacks in the United States and South Africa, theologians emerged who could help local communities understand their reality through the social sciences and find inspiration in biblical stories. Oppression in every age and every part of the world is much the same. Liberation is a journey with similar traits whether it is in Africa, Asia, South America, 2000 years ago or now.  Today, one can say that liberation theology has been accepted into the family of theologies of the Roman Catholic Church. Because there is much less controversy about it, the name appears less in the media. However, its influence is present in almost every country of the Global South and also in deprived and persecuted sectors in the northern hemisphere. Associations of liberation theologians provide support. These include Amerindia (in Latin America) and the Ecumenical Association of Third World Theologians (EATWOT) [3] that includes theologians from around the world, both Catholic and Protestant.

Sergio Torres, a theologian from Chile, took refuge in Toronto for several years and helped inspire an interest in liberation theology there. Gregory Baum and Lee Cormie, who were theologians at St. Michael’s College (University of Toronto) at that time, also introduced many to liberation theology.

Quebec was much influenced by the emergence of liberation theology just as it was going through its own quiet revolution. Priests and Religious women who had worked in Latin America returned with the idea of establishing base church communities here. Liberation theology resonated with many grass roots Christians, Catholic and Protestant. They saw it as a foundation for their commitment to social change in the Church as well as in the wider Quebec society.

These invaluable collections offer documents from the period in question.

In addition, the documentation centre, LADOC (Lima), published a monthly set of documents in English that represented the commitment of the churches in Latin America to the option for the poor. The centre no longer exists but the collection can be found in many university libraries. I was its director from 1985-1989.

This author does not have any more posts.