Territory is Life: Women’s Perspectives on Land an...

Territory is Life: Women’s Perspectives on Land and Water from Guatemala 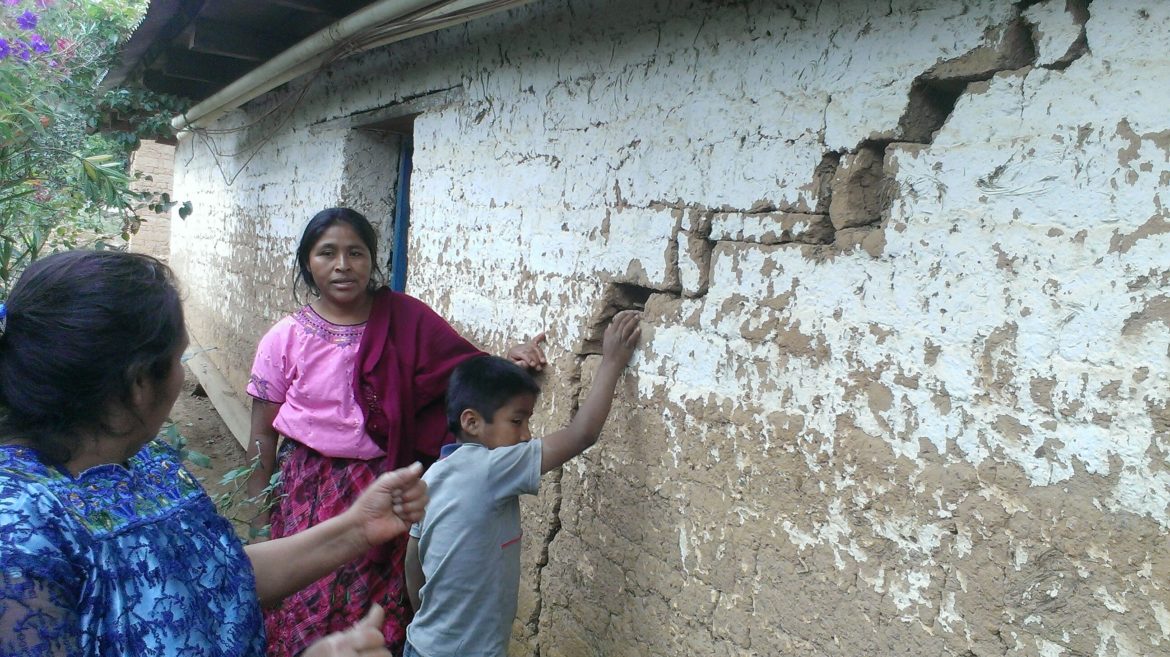 Energy For What? And For Whom?

“For thousands of years, the river protected our ancestors and our ancestors took care and respected the river in perfect balance. The River was our Life and Life belonged to the river.” Voices from Rio Negro: Memory Sprouts, A New Dawn Shines.

The community of Rio Negro sits quietly on top of a mountain overlooking a river of the same name. Slowly, the gas generators and worn out solar panels are being replaced by power lines; almost thirty-five years after the massacres in Rio Negro to make room for Guatemala’s largest dam just a few kilometers away, the community was just connected to the State energy grid.

The modern Maya Achi community that has inhabited this area for over two hundred years, and the Maya for millennia, was almost wiped off the map entirely in the early 1980s through a series of massacres [1] at the hands of state security forces to make room for hydro-electricity at the Chixoy Hydro-Electric Dam. The project was funded in large part by the World Bank and the Inter-American Development Bank [2]. Today, the project is publicized by the National Electric Institute (INDE) as a key example of green and renewable energy in Guatemala [3] despite the mass violence that it generated- including rape, torture and murder – and the lack of justice for the victims.

Reparations for survivors and victims of Rio Negro were ordered by the Inter-American Court on Human Rights on September 12, 2012, and the US Consolidated Appropriations Act 2014 requires the Guatemalan State to implement the reparations before full military aid is restored [4]. To date, the Guatemalan government has not conceded and the Chixoy dam continues to produces 35% of the country’s electricity without consequence [5].

Where’s all the Electricity Going?

“When I leave my house in the morning, I ask God to protect me. That’s all I can do,” Crisanta Perez

Two hundred kilometers away, Gregoria Crisanta Perez makes food to sell outside the primary school in her community. She has four lights in her home and uses wood to cook. A kilometer from her house, Canada’s Goldcorp Inc. runs Guatemala’s largest mine, processing gold, silver and other precious metals 24 hours a day. In 2012-2013, the Marlin mine was the country’s third largest consumer of electricity [6].

Though the open pit mine is past its peak, underground tunnels snake their way below the home of Crisanta and the others in her community. In July 2015, Goldcorp reported a company record in gold production [7] thanks to Marlin and its projects throughout the Americas.

When she’s not making snacks made out of boiled or fried corn, Crisanta is taking care of her children or grandchildren, or at a community meeting. She lives in Agel, San Miguel Ixtahuacan, where she is the vice-president of her local development council and president of the community’s water committee.

“I cry when I think about how my daughters and granddaughters won’t have the medicines that I once used. It’s no longer there for them. The mountain where we would go to gather the plants for women who just gave birth isn’t there anymore. It’s disappeared along with the mountain.”

Crisanta remembers taking their family’s sheep out to pasture. “I would sit on the mountain side with the sheep all day, talking to the mountain, the trees, the flowers. They’ve destroyed that. We’ve lost that connection to Mother Nature.”

Things have not been easy for Crisanta and her struggle has been widely documented through print [8] [9] and video [10]. When she started asking questions about the mine and its operations, the company tried to pay her off [11]; her land was needed to put up high voltage electricity poles to supply the mine with energy. When she wouldn’t take the bait, she was targeted as a risk for the company. She was threatened and harassed, and soon faced criminal charges [12] for cutting the electricity running to the processing plant. Though the charges were eventually dropped, Crisanta was prosecuted and jail time was a looming threat. Some of her brothers turned against her and she had to leave for exile in Mexico even though she was seven months pregnant. Through it all, though, she persisted in her struggle and has learned to more deeply value her identity as a Maya Mam woman through the struggle.

“This struggle has enabled me to more deeply connect with my Maya cosmovision. I understand now that I have been given this responsibility to defend Mother Earth. People may be against me, but I have to have courage and strength. We are defending our territory, our life.”

“Guatemala is a country that has a large quantity of renewable natural resources which have a great energy potential.” Food and Agriculture Organization of the United Nations.

Guatemala’s fervent resource extraction model demands new energy sources. Driven by national and international markets, banks and the UN, ports, airports, mines, oil and gas development, sugar and biofuels need electricity. According to INDE [13], dams provide clean energy and an opportunity for the government to comply with its commitment to provide electricity for transnational corporations that are investing in Guatemala. Dam projects throughout Guatemala have been proposed, and one of the largest is the Xalala dam in northern Guatemala, along the same Rio Negro.

The Xalala project would flood communities in the municipalities of Ixcan, Uspantan and Coban, destroying farm lands and forcing relocation of 58 primarily Maya Qeqchi communities [14].  The dam project is part of the Electric Interconnection System for Central American Countries (SIEPAC [15]), an aggressive initiative of the Mesoamerica Integration and Development Project. Xalala has faced tremendous opposition [16]; community plebiscites in Ixcan in 2007 [17] and Uspantan in 2010 [18] resulted in over 90% of the local residents voting against the dam project.

In May 2015, Erick Archila resigned [19] as Guatemala’s Minister of Energy and Mines amidst an unraveling corruption and fraud scandal involving State functionaries and the military. Members of Congress and communities say that irregularities in the approval of the pre-feasibility study for the Xalala project also had something to do with his resignation [20]. The Guatemalan government gave the rights to complete the study to Brazilian company Intertechne without using a tender process, citing national urgency for the anomaly [21].

In a video made by the Food First Information and Action Network (FIAN), local resident Fabiana Jimenez says, “We are against the Xalala dam. We live from the land. I feel pain for our children..As women, we need the land because we eat from it, we were raised by it and from it we nurse…This is a pain that I feel in my heart. If we lose our land, we lose our life [22]”.

Likewise, when interviewed by The Guardian, Emilia Xico reiterates the position of the women in her community. “This dam is not development for us. We are conscious of the things we don’t have and, of course, I want better education for my children – that is our right – but we won’t trade our territory and sacred natural resources. That’s all we have [23]”.

Communities Fight Back at a Cost

Throughout northern Guatemala, dam and mining projects threaten the lives and livelihoods of indigenous communities. When the companies are met with resistance, criminalization and threats are used to squash community participation [24], as in the case of Crisanta Perez. In Huehuetenango, political prisoners [25] currently face lengthy criminal sentences for crimes they adamantly deny having committed. They say the charges are politically driven as a result of their resistance to the Spanish Hidro Santa Cruz dam project.

The dam projects in northern Huehuetenango are being funded by the World Bank, not unlike the Chixoy hydro electric dam. In May 2015, Guatemalan activist Cecilia Merida denounced [26] the WB at its office in Washington for not considering the impacts of the dam on the local population. “This isn’t the case of one or two or three (persecuted)…it’s an attack by Hidro sana Cruz against an entire People: Santa Cruz Barillas,” she said [27]. It is hard to say how investors will respond to the ongoing violence and repression that nears war-like conditions in northern Huehuetenango at times.

The political persecution in the region reminds us of the not-so-distant past when the resistance of the community of Rio Negro was met with extreme violence and near termination. Today, 15 families have come back to rebuild Rio Negro after it was almost destroyed. They live from the land; their life depends on the territory that they have lived on for centuries. Dam or not, this is their home.

Photo: Crisanta Pérez shows the exterior of her house, taken by Lisa Rankin

This author does not have any more posts.